L.E. Graphics were delighted to have been recently awarded the contract to produce and install a series of plaques to mark significant buildings which form part of a heritage trail around the North Fermanagh village of Belleek.

Following a competitive tender process, we were awarded the contract by Fermanagh District Council and we produced and installed a series of 21 beautiful 3D cast plaques. 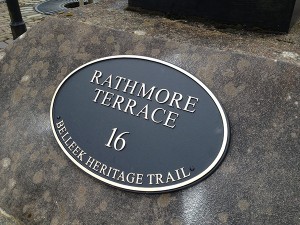 As this was a project funded by various public bodies there was a very tight time scale to have the work completed before the end of the financial year and we are pleased to say that we completed the work within budget and on time (as usual!). 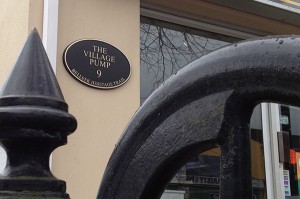